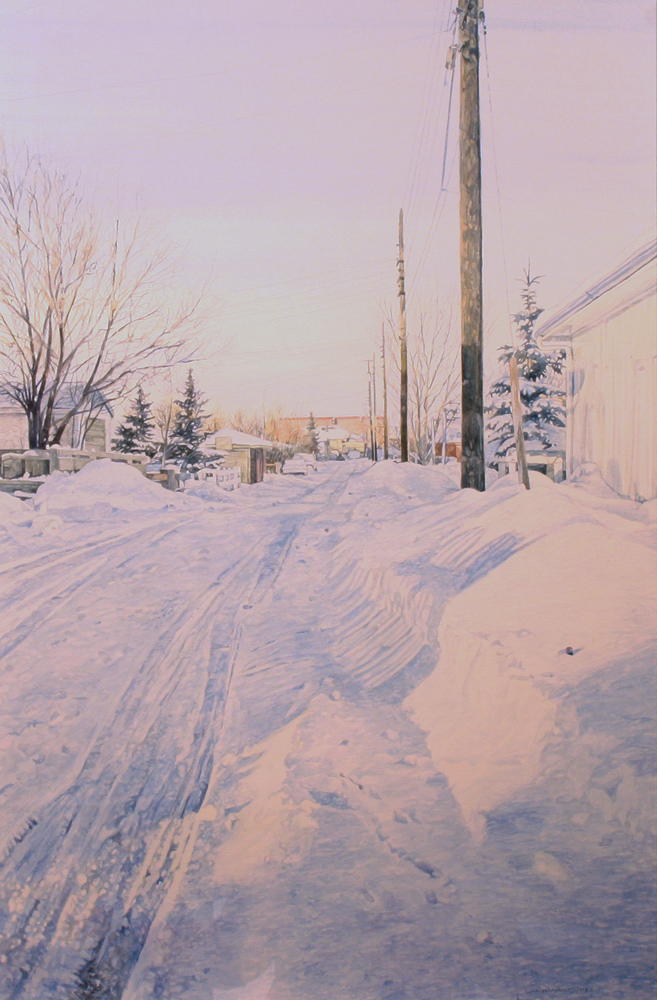 Wilf Perreault was born in Albertville, Saskatchewan in 1947. He received his education at the University of Saskatchewan (BA Honours in Art 1970), and has gone on to become one of Saskatchewan’s most highly regarded visual artists. Painting the familiar landscape in and around the city of Regina where he has lived and worked since 1970, his acrylic, oil and watercolour paintings lend a new understanding and beauty to the commonplace. His work has earned him a large and growing number of exhibitions, commissions and awards in and outside of Saskatchewan. In 1989 he was chosen to represent Canada and was awarded a Silver Medal in Lers Jeux de la Francophonie in Maroc, Africa - a juried exhibition of work by artists from 42 countries. Wilf Perreault’s paintings are in the collections of: MacKenzie Art Gallery, Regina; Pemberton Houston, Willoughby; Bank of Montreal; The Mercantile Bank; Goldman Sachs and Co., New York; Osler Hoskins, Toronto; Ernst & Young; Touche Ross & Co.; Canada Council Art Bank, Ottawa; Saskatchewan Arts Board; Petro-Canada Inc.; Potach Corporation of Saskatchewan; Dunlop Art Gallery, Regina; Mendel Art Gallery, Saskatoon; and the Edmonton Art Gallery, Alberta