Harold Town: The Wild One

We proudly represent a variety of painters, sculptors, and printmakers whose work presents exceptional quality and value. Many of our artists are well-known, some are mid-career and others are notable up-and-comers. This interesting mix of talents ensures an exciting and wide-ranging selection of art in terms of both style and price.

From young couples decorating their first home to executives charged with building a corporate art collection, visitors to our gallery often look to us for advice and information. We look to develop long-term relationships with our clients for this reason. 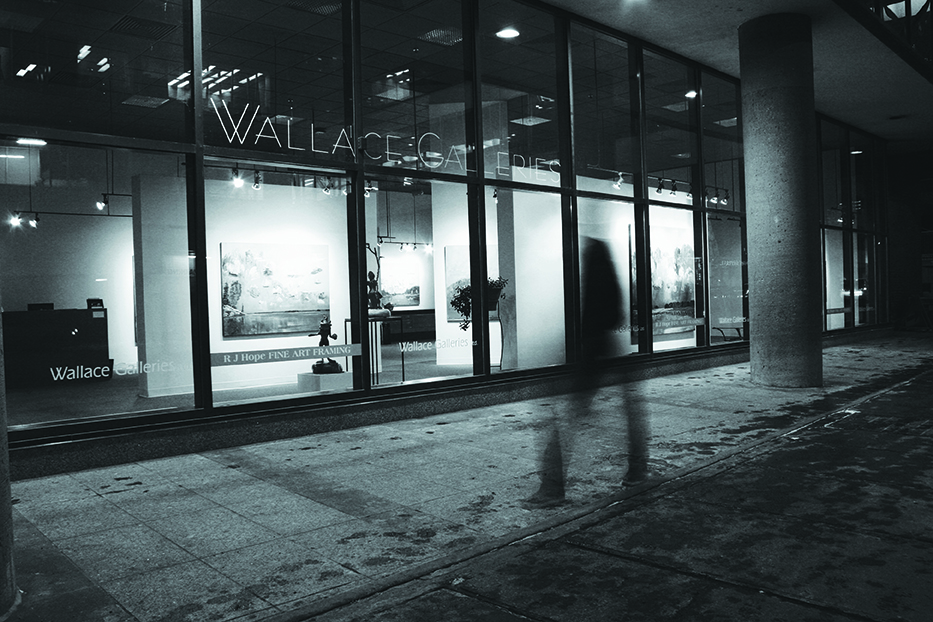 ​April Showers bring May Flowers…or so we hope! For the month of April this group exhibition is focusing on the anticipation of Spring and all that ...

Harold Town: The Wild One

Opening Reception: Saturday, April 25, 2020 Harold Town was renowned for his fiery personality and his insatiable need to paint and create art. Foun...

Opening Reception: Saturday, May 23, 2020 Family in attendance to share stories and insight into Godwin and his work. Known as “The Kid”, Godwi...

With the recent update from the Alberta Government on the state of emergency regarding the outbreak of the covid-19 virus, we will be CLOSED until further notice. We can be reached via phone or on-line. Please call 403-616-6222 to book an appointment.

Wishing you all the best,

Artworks enter the Outdoor Art Collection through new commissions or donations of already existing artworks. The last project to enter the collection through donation was Hock E Aye Vi Edgar Heap of Bird’s Native Hosts (1991/2007) in 2007. This year, the University Art Committee was pleased to accept the donation of Stela I and Stela II (1963) by Elza Mayhew.

Completed in 1963, this pair of abstract, cast aluminum sculptures are excellent examples of Mayhew’s production at a crucial moment in Canadian art history, as well as in her practice. In 1964, Mayhew would represent Canada (with Harold Town) as one of the first Canadian women to exhibit at the Venice Biennale, bringing her innovations in sculptural methods, use of industrial materials and exploration of the human experience to an international audience. These sculptures were two of the thirteen that were included in the exhibition at the Biennale. They are an integral part not only of Canada’s artistic heritage, but also of the history of how that heritage has been presented to the world.

The Stelae will be sited on campus in the Spring of 2020; a proposed location and orientation for the artworks will be presented at an open house in the new year. We are grateful to the Estate of Elza Mayhew for this remarkable donation and to President Santa J. Ono for his generous contribution to the artwork’s siting. In addition to the ongoing support of the University Art Committee, we extend our thanks to the President’s Advisory Committee on Campus Enhancement for their efforts in bringing this important artwork to UBC.

Elza Mayhew (1916–2004) was born in Victoria, BC. She received a BA from UBC (1936) and MFA (1963) from the University of Oregon. Mayhew was known for her abstract sculptures that were typically carved in polystyrene and then cast in aluminum or sometimes bronze. She worked primarily from sketches, rarely from models, and described her work as highly structured and architectural while always relating to the human form. Mayhew produced commissioned works for international events such as Expo 67, Expo 86 and an international trade fair in Tokyo, as well as for public institutions such as the Bank of Canada, the University of Victoria, the Canadian National Capital Commission and the Royal British Columbia Museum. Her work is included in the collections of the Art Gallery of Greater Victoria, the National Gallery of Canada, Simon Fraser University and the University of Victoria. Mayhew was a member of the Royal Canadian Academy, and was an active member of the Limners Society.

Paired with “Stela II”. They were exhibited at the Lucien Campbell Plaza, University of Oregon, Eugene, in 1963. The next year they were shipped to Venice for the 1964 Biennale, and in 1967, the Stelae were part of the Centennial Sculpture Exhibition at the Queen Elizabeth Theatre in Vancouver.

Curated by Rebecca Basciano, with a soundscape by Sarah Basciano, THE CREDO PROJECT consists of seven triptychs depicting some of the sacred sites of the three Abrahamic religions (Judaism, Christianity and Islam) at the particular moment in time when I encountered them and photographed them.

This exhibition highlights some of Onley’s great works; celebrating the diversity of his career with pieces from 1962 -2003.

A fantastic artist, who captured light and the timelessness within each piece of artwork. Come and be swept into a world where time stands still and evokes a sense of tranquility and contemplation.

Brent Laycock, one of our local legends, is attending and part of the “Visions Adjoin” exhibition in San Pedro, California opening this February 6th (Thursday) at the NWS Gallery.

The exhibition is in celebration of the centennial of the National Watercolor Society (NWS) and the Canadian Society of Painters in Watercolour’s 95th Anniversary.

The exhibition will continue to April 17,2020 at the NWS Gallery and then travel to the Helson Gallery in Halton Hills, Ontario from June 10-July 18, 2020.