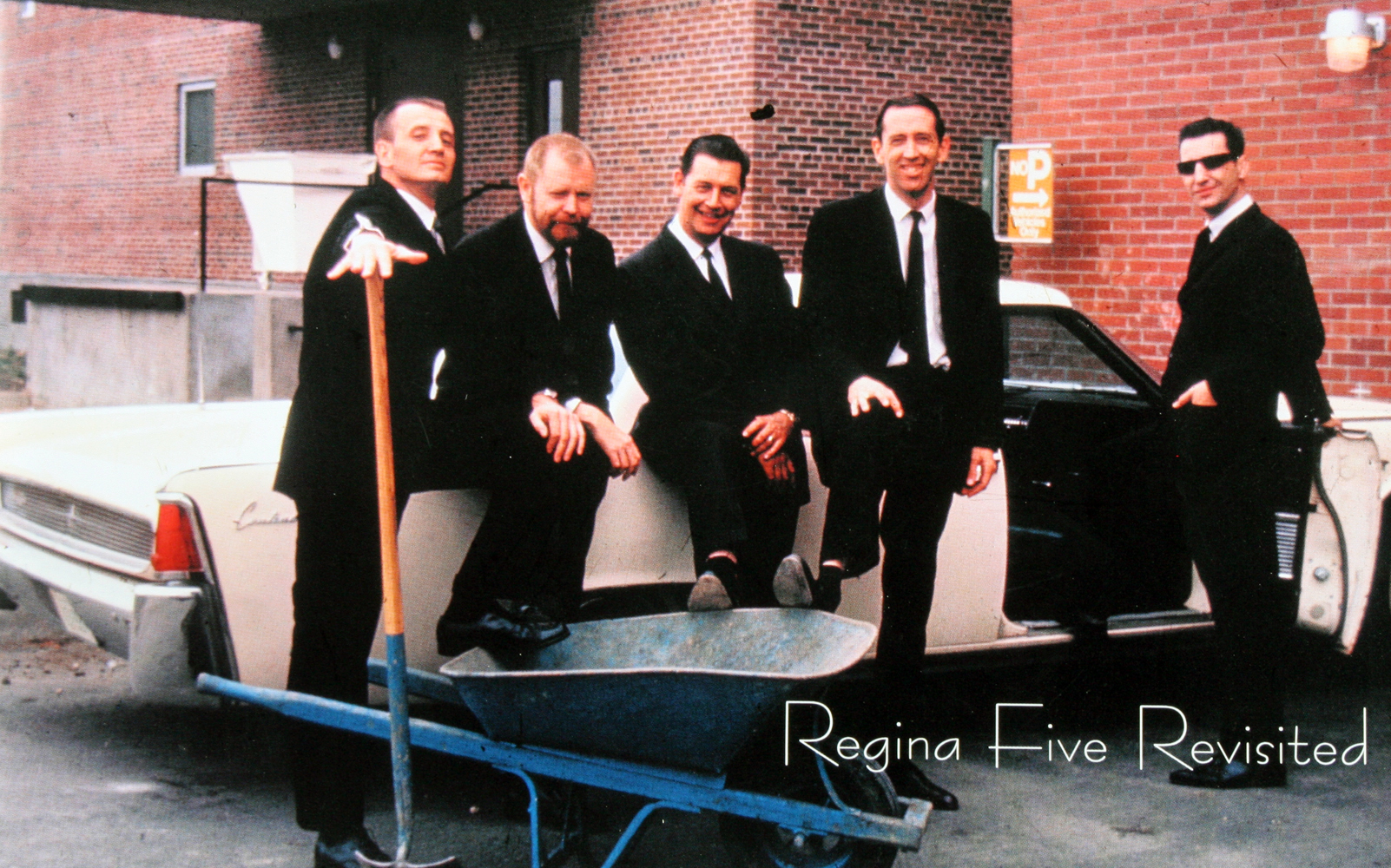 An early arts leader, Lochhead was invited to become director of the University of Saskatchewan School of Art at Regina College in 1950, when he was just 24 years old.

At the same time, he was asked to spearhead the creation of the Norman MacKenzie Art Gallery and, in 1955, Lochhead created the Emma Lake Professional Artists’ Workshop. The acclaimed sessions drew both artists and influential art critics to Saskatchewan and helped propel local artists onto the national and international scene.

In 1961, the National Gallery of Canada in Ottawa featured Lochhead and contemporaries Doug Morton, Art McKay, Ron Bloore and Ted Godwin in a show entitled Five Painters from Regina. The modern art exhibition put Regina on the map artistically and launched the artists, dubbed the Regina Five, into the visual arts spotlight.

School of Art, University of Saskatchewan.

1976-77 City of Ottawa: Advisory Committee for the Ottawa Art Gallery.

Gallery One One One – The University of Manitoba, Winnipeg

A Garden of Delights by Kenneth Lochhead - Arts Court, Ottawa, ON

2004 On & Off The Hill A selection of portraits by Kenneth Lochhead, The Ottawa Art Gallery, Ottawa, ON

1961 The 4th Biennial Exhibition of Canadian Art - The National Gallery of Canada.

Five Painters from Regina - National Gallery of Canada, for circulation.

The C.I.L. Art Collection of Paintings by Canadians.

79th Annual Exhibition and Sale of Works by Canadians

93rd Annual Exhibition of the Ontario Society of Artists - Art Cattery of Toronto.

Lithographs from the Lithographers’ Workshop - Nova Scotia College of Art & Design for circulation by the National Gallery, Ottawa.

1977 Ontario Now - a survey of contemporary art organized and circulated by the Art Gallery of Hamilton to Kitchener-Waterloo Art Gallery.

The Flat Side of the Landscape - The Emma Lake Artists’ Workshop - Mendel Art Gallery, Saskatoon.

1992 The Crisis of Abstraction in Canada: The 1950s - National Gallery of Canada Touring Exhibition.

COREL Viva! les arts - Council for the Arts in Ottawa.

1999 Then and Now, the Regina Five. Wallace Galleries, Calgary, AB

2000 Academy of Arts, The Gallery Stratford, Stratford, ON (catalogue)

2000 Ottawa On Display, The Ottawa Art Gallery, Ottawa, ON

2002 A Collection is Only Human III, Carleton University Art Gallery, Ottawa, ON

2006 Light my Fire, Convention and Invention in the Sixties - Museum London, London, ON. (catalogue)

2008 Get Smart for Art - The Ottawa Art Gallery, Ottawa. (catalogue)

2011 Ted Godwin and Kenneth Lochhead. Works on Paper: The Regina Years and beyond. Wallace Galleries, Calgary.

2012 Lights Out! Canadian Painting from the 1960’s - Vancouver Art Gallery, Vancouver, BC

1955 Mural Decorations for the Regina Branch of the Canadian Legion, SK.

Banner for the faculty of Architecture, University, Toronto, Ont.

Mural decoration for the Bank of Montreal, Winnipeg, MB 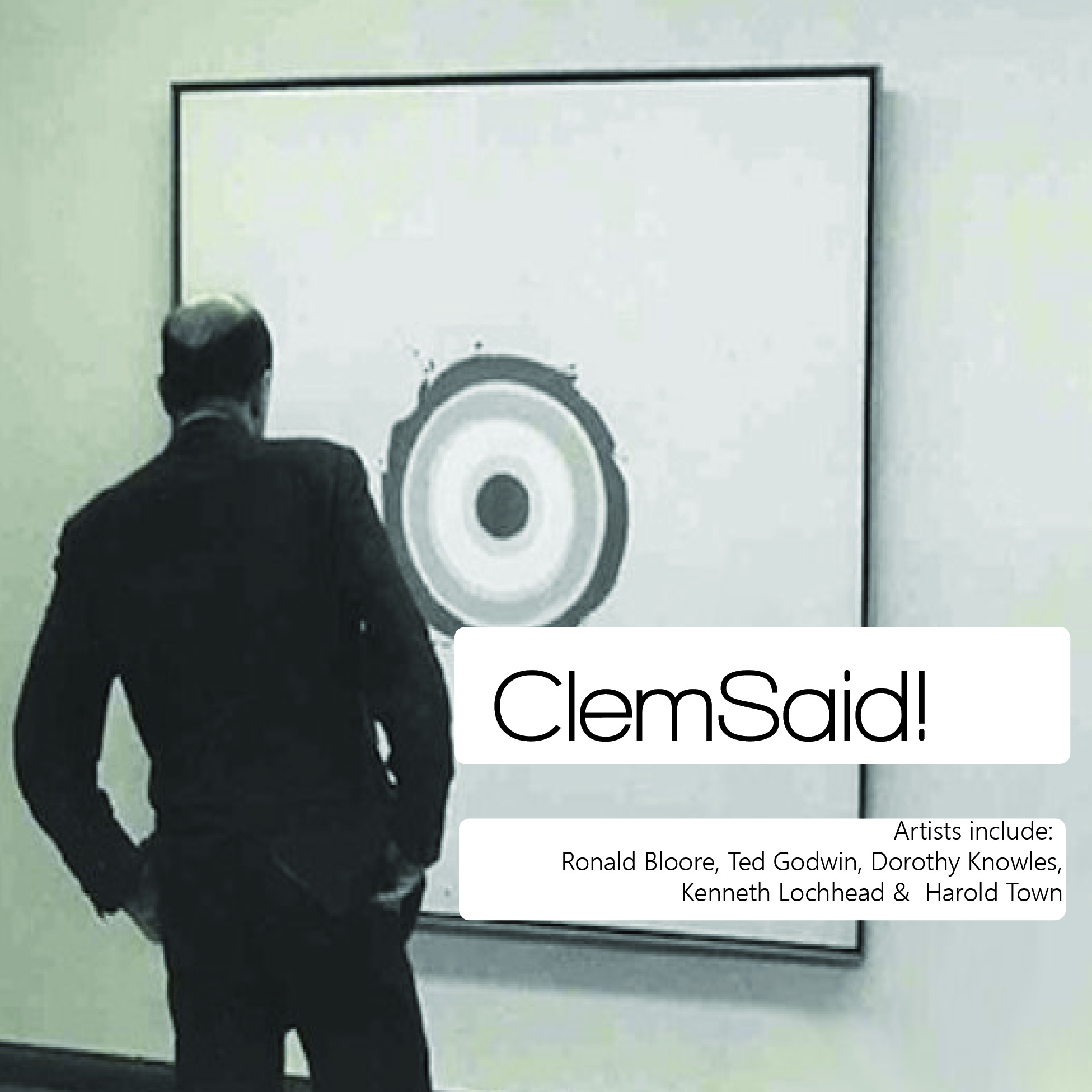 “ClemSaid” explores the relationships -from positive to negative- that this renowned critic had on 5 artists currently represented by Wallace Galleries.

The five artists; Ronald Bloore, Ted Godwin, Dorothy Knowles, Kenneth Lochhead, and Harold Town each had their own experiences and opinions on Greenberg and his views on [Modern] art.

As an influential art mind, Greenberg impacted the Canadian art scene with his visits, and his brief or lifelong connection with each artist exhibited had an impact on their art career in one way or another.

We invite you to enjoy the works and walk through a bit of history with each of these great artists… let your mind go & explore another world. 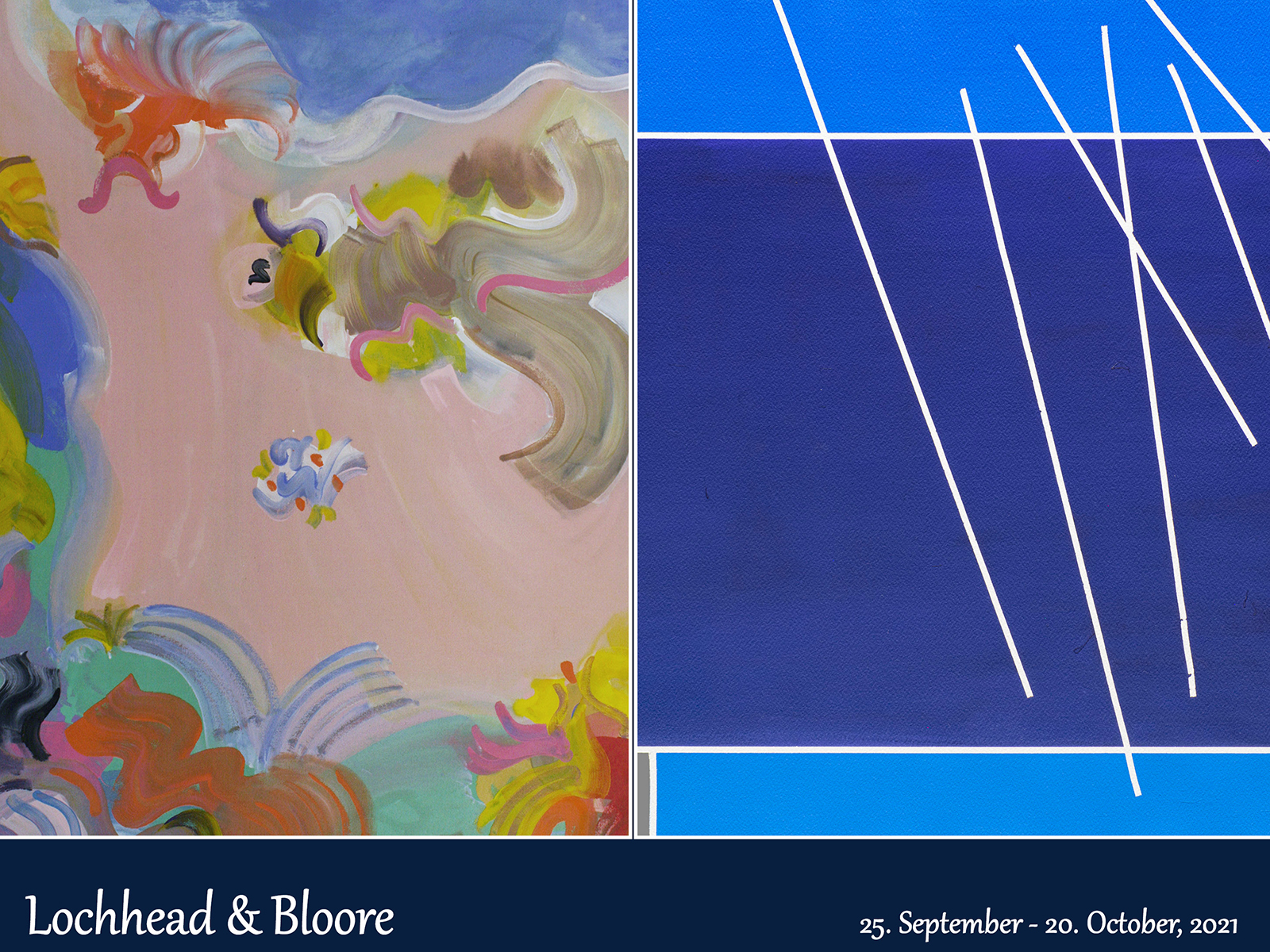 Lochhead and Bloore were both professors at the University of Regina in the 1950s-60s. Lochhead was head of the art department and Bloore was curator at the Mackenzie

Art Gallery. Both were instrumental in the action expression art movement in the 60s. Both with very different approaches to art but with a shared passion for creating and making art that brought them together. With McKay, Morton and Godwin, they became known as the Regina Five.

Their work more diverse and expansive throughout their careers then perhaps commonly known, this exhibition high lights the diversity, intellect, and devotion both