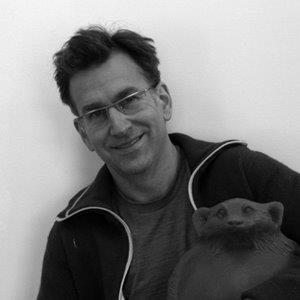 Patrick Meagher was born in Regina Saskatchewan, the second of six children. From an early age, he was attracted to both art and the natural world. He created his first oil painting at the tender age of eight, and has continued to paint ever since. In 1982, after finishing high school, Meagher settled in Whistler, British Columbia, though work, his sense of adventure and the pursuit of art have taken him as far afield as the high arctic, China, Europe and Mexico, as well as the halls of academia in Montreal.

At the age of 21, he traveled north for a one-year stint as the manager of a Hudson Bay store in the High Arctic community of Cambridge Bay, in what was then the Northwest Territories (now a part of Inuit-governed Nunavut). A natural adventurer, Meagher says he was “drawn to the absolute northernmost regions of Canada, wanting to explore this vast country before heading elsewhere”. He also embraced the opportunity to learn about Inuit methods of soapstone and caribou antler carving. In 1985, he returned to Whistler where he worked for the ski hill, helping to build the extensive network of ski lifts for the world-class resort. His experiences there with helicopter-dependent construction led to work doing selective logging by helicopter. For two years, he worked fulltime as a logger, traveling extensively up and down coastal B.C., from Washington State all the way to the Alaskan panhandle. Then in 1989, he enrolled in the fine arts program at Concordia University in Montreal, where he focused on sculpture and painting. During the course of his degree, he spent a semester in Germany, a hotbed for contemporary art. He supported himself through five years of art school by continuing to log in the summers.

Throughout these years, Meagher cutan unconventional figure both in logging camps and in art class – he was neither your typical logger, nor your typical art student. During his summers in B.C., his fellow loggers could not be faulted for mistaking him for a “tree hugger” instead of a peer - he grew his hair long and painted in off-hours at camp. He also salvaged beautiful pieces of wood from the tree lot, considered “commercially unviable”, and dragged them back to camp to carve them into works of art. Similarly at art school, while fellow students wore all black, Meagher sported his logger pants complete with plaid shirts and chainsaw suspenders. In the urban milieu of Montreal, Meagher set himself apart by referencing the natural world in his art.

Those logging years were formative for Meagher’s art, yet as a committed environmentalist and avid nature-lover, he views them with some ambivalence. While he feels that the selective logging he took part in was for the most part appropriate, there were occasions when an old-growth forest was wrongly logged. And like the Inuit hunters he came to know in Cambridge Bay, Meagher found “you can participate in the hunt, yet not take joy in the act of killing.” Ironically, he says he “saw some of the most beautiful spots in B.C. through logging” and certainly those intensive immersions in the rugged steep terrain and forests of this province have had a profound impact on him as an artist. In particular, his 1995-2000 series of large scale wooden carvings which adorn Whistler/Blackomb mountains owe their execution to his years as a logger, where he learned to wield a chainsaw with finesse.

Upon completion of his fine arts degree, Meagher settled down to working fulltime as an artist in the Whistler area. He exhibits at galleries in B.C. and Alberta, and designs commissioned works, both painting and bronze sculpture. He established Cayoosh Bronze Works in 1995, one of only a handful of art casting foundries in the Pacific Northwest.

Offenbach, Germany - participated in a 3-month exchange with the University in Offenbach

2009 “As luck would have it”, Wallace Galleries Ltd, Calgary, AB

Numerous collections and commissions throughout Canada, USA, and Europe.