Nancy Boyd was interviewed by Dorothy Woodend of the Tyee about her views and the impact of the pandemic on her and her practice. In the article “Staving Off Pandemic Panic, an Artist Turns to Masked Portraits”, Boyd reveals how the pandemic has affected her.

Many artists are contending with the double-edged pandemic sword of unfocused time and existential angst. But the humble act of drawing can offer a way to calm the mind and chart a path forward.

“Drawing isn’t a panacea, but a discipline. For artist Nancy Boyd, it’s also a way of making sense of the world. Boyd, who taught drawing and painting at Capilano University for more than two decades, works from her home studio in East Vancouver. In the early months of the pandemic she turned her hand to drawing masked people. A few were people she knew, but many more were faces from the news, health-care workers and frontline folk, with only their eyes visible. She has drawn more than 50 masked faces so far, representing a broad range of ages and backgrounds. …”

“I wanted to be a witness to this extraordinary time but in a way that wasn’t fraught with all the complex considerations that plagued my regular practice.”

For the full article please go to The Tyee’s website HERE.

Nancy was born in Hamilton in 1949 and studied art at Ontario College of Art as well as at the University of Waterloo before moving to Vancouver. For years she worked as a designer and architectural renderer, most notably for Expo 86. Nancy taught design, drawing and painting at Capilano University for 23 years before she retired in 2010. Her work retains the influences of her design and architectural rendering background as evident in her fascination with ‘views’ and the conflation of scale between the microscopic and the cosmic. All her work, either representational or abstract, is infused with an ongoing sense of wonder and attention to the beautiful.

Nancy has shown extensively in the Lower Mainland and western Canada as well as internationally in the US, Japan and Australia. Her work can be seen at the Vancouver Art Gallery and Burnaby Art Gallery Rental Programs and at Wallace Galleries in Calgary.

Nancy Boyd, a Vancouver artist and educator, has worked in various capacities in the local art scene for many years. Once a designer and illustrator for Expo ‘86, she now teaches drawing and painting part-time at Capilano College in North Vancouver when she is not in her studio. Her mixed media work is increasingly abstract, highly tactile and frequently infused with figurative or metaphoric allusions. She has shown extensively around the lower mainland in the public galleries of Richmond, Surrey, Burnaby and Coquitlam. In addition, her work has been exhibited in Washington State, Japan and locally at Equinox and Diane Farris galleries. In Vancouver, her work is handled exclusively by Elliot Louis Gallery. In Victoria, her work is shown by Fran Willis Gallery and in Calgary by Wallace Galleries.

2006 Against the Cold, Atelier Gallery, Vancouver, BC

1994 Into the Labyrinth, Ramsay Gallery, Vancouver BC

1998 Art of the Book, Community Arts Council, Vancouver BC

Works from a Female Perspective, The Vancouver Sun, May 12, 1990 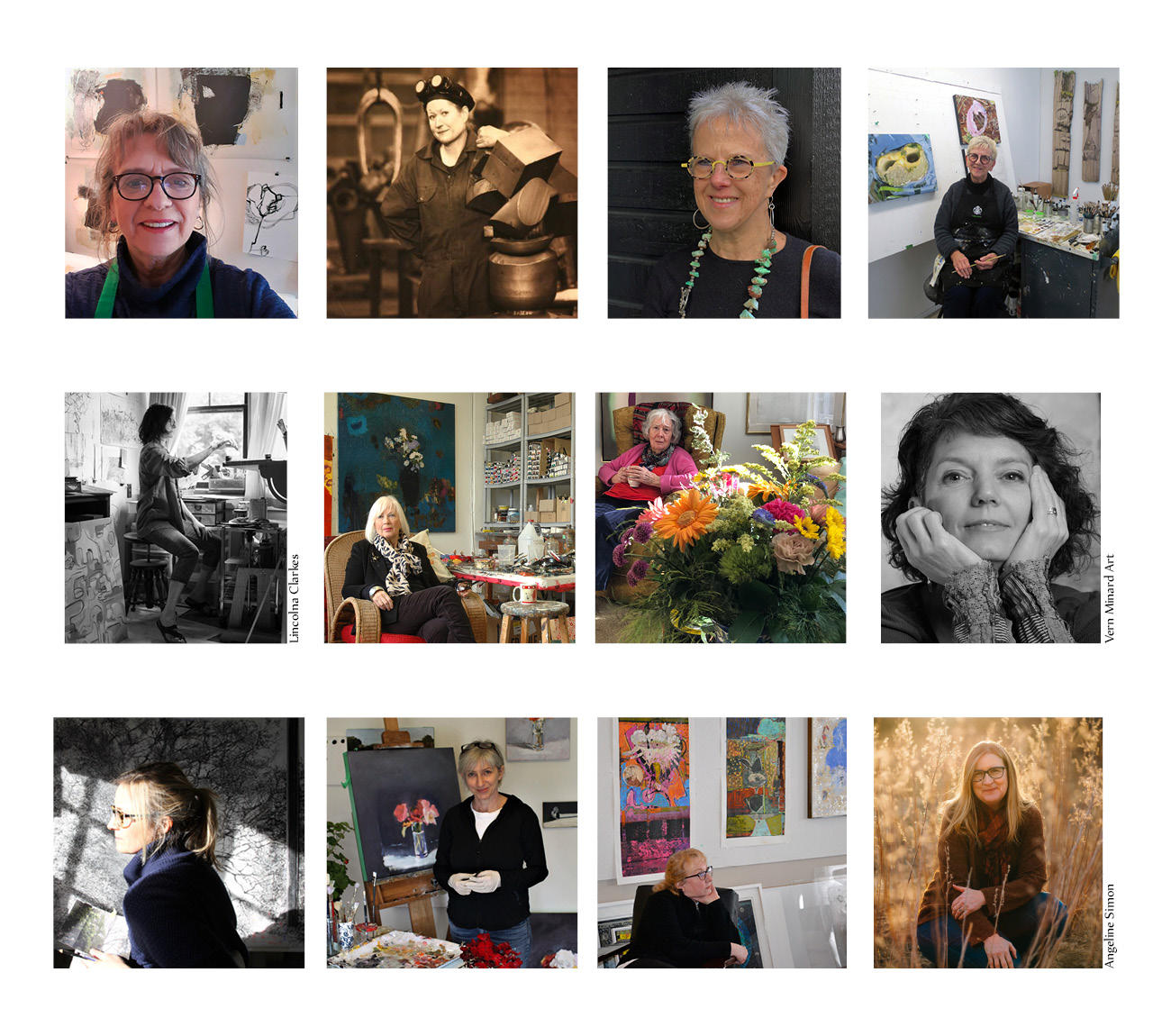